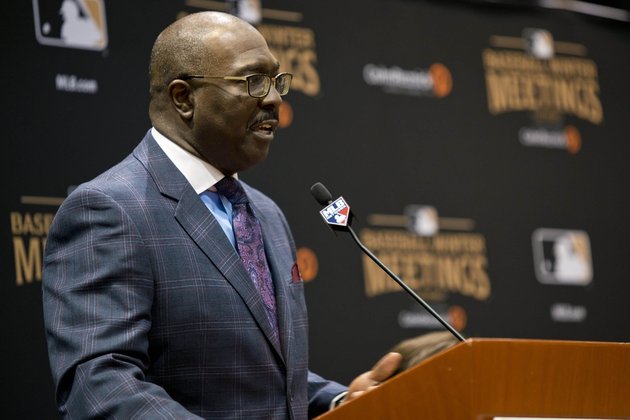 The 100th anniversary of the founding of the Negro Leagues was to have been commemorated over the weekend in MLB ballparks.

But with baseball out of action because of the coronavirus pandemic, a virtual celebration continued on Monday, with the nation's four living former presidents and a number of dignitaries posting videos or issuing statements to mark the occasion.

The idea was the brainchild of Bob Kendrick, president of the Negro Leagues Baseball Museum in Kansas City, Mo., who asked dignitaries and fans alike to submit their messages on Twitter or through the TippingYourCap.com website.

"Today I'm tipping my hat to all the giants in the Negro Leagues, from Satchel Paige to (women's player) Toni Stone and so many others," former President Barack Obama said in a video as he tipped the cap of his team, the Chicago White Sox. "Their brave example, first set 100 years ago, changed America's pastime for the better -- opening it up for new generations of players and fans alike."

President Jimmy Carter, 95, is the only former president to remember when Jackie Robinson broke the baseball color barrier with the Brooklyn Dodgers in 1947. Bill Clinton and George Bush were born in 1946, and Obama in 1961.

"I've been a baseball fan all of my life, and the Negro Leagues are an important part of the sport's history. ... I tip my cap to the pioneers who showed the world that black players belong in America's game," Carter said Monday.

"That alone validates this project," Kendrick said per MLB.com. "In many ways, it validates the Negro Leagues Baseball Museum. Naturally, we feel that is a coup. It's the ultimate show of respect of what this museum represents, not only here in Kansas City, but to our nation."