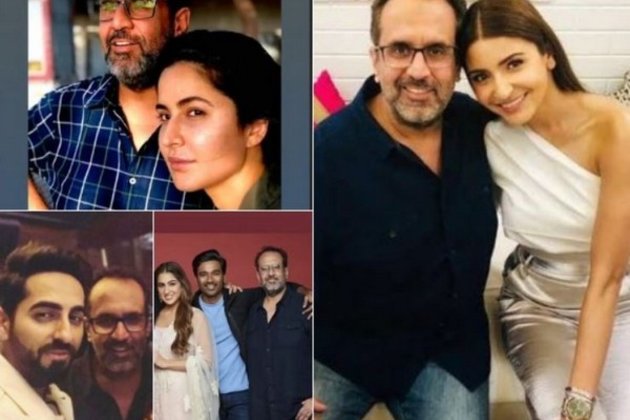 Mumbai (Maharashtra) [India], June 28 (ANI): As filmmaker Aanand L Rai ringed in his 49th birthday on Sunday, Bollywood stars including Ayushmann Khurrana, Katrina Kaif, Sara Ali Khan among others made sure to send birthday wishes to make the day special.

Ayushmann Khurrana put out a picture with the 'Tanu weds Manu' director on Twitter and extended birthday wishes. He tweeted, Happy birthday @aanandlraisir! May you always keep inspiring."Missing the on-set shooting time spent with Rai, by a sharing a throwback picture along with him, Katrina penned a message sending birthday wishes to the filmmaker on her Instagram Story. She wrote, "Anand L Rai, Happiest birthday to you, the bestest year and the love to you.....missing our times on the set...."]Sara Ali Khan shared a still from her upcoming flick 'Atrangi Re' which is directed by Aanand L. Rai's. The actor shared a picture featuring herself, Aaanad, Akshay Kumar and Dhanush. On her Instagram Story. Along with the pictures, she extended birthday wishes to the filmmaker and wrote," Wishing you all the love, luck and laughter... Inshallah see you super soon, sir."Sending lots of love on his birthday, Anushka Sharma extended birthday wishes to the 'Shubh Mangal Saavdhan' director by sharing an all smiles picture with him on Instagram Story. She wrote, Happy happy birthday @Aanandlrai... To love, laughter and happiness... Bohot saara pyaar (loads of love).

In 2018, he directed 'Zero' which had actors Shah Rukh Khan, Anushka Sharma, and Katrina Kaif in the pivotal roles. His next project in collaboration with Bhushan Kumar is 'Atrangi Re,' which will have a never seen before trio - Sara Ali Khan, Akshay Kumar, and Dhanush.