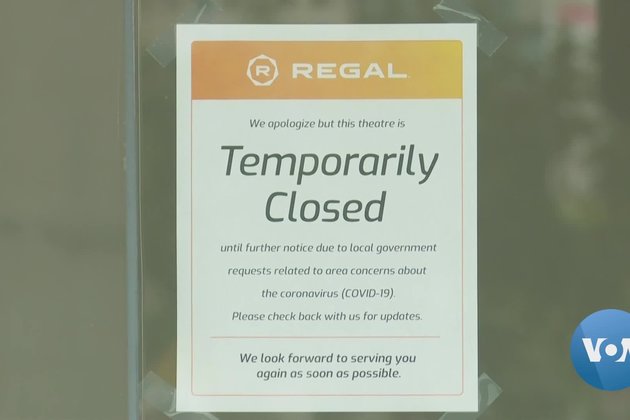 LOS ANGELES - The coronavirus has shut down movie theaters and postponed movie releases in the two largest film markets in the world, the U.S. and China.

The film industry in the two countries has become more closely tied in recent years, and the economic impact of the coronavirus in one country will be felt in the other as well.

"China's and the U.S.' film industries are very closely entwined," said Aynne Kokas, professor of media studies at the University of Virginia and author of "Hollywood Made in China".

Moviegoers in China are the fastest growing in the world, especially when high-tech movie theaters have opened in third- and fourth-tier cities. Hollywood wants a piece of it.

"Hollywood studios are increasingly making their films for the consideration of the Chinese market," Kokas said.

One film, "Mulan", with Chinese actors, was one anticipated film that Disney had hoped would make a big splash in China. However, the coronavirus has put on hold the movie's premiere in China and the U.S.

Besides Hollywood collaborating with China, there have also been co-productions and Chinese companies investing in Hollywood films such upcoming film, "Top Gun: Maverick" slated to be released in June.

"What we're seeing is an increase in Chinese investment in Hollywood studio films. So, companies you may have heard of like Ali Baba or Tencent are actually investing in films," said Kokas.

The shutting down of theaters and productions in both countries will have far reaching economic implications. Kokas expects to "see a pullback of outbound capital investment from the Chinese government" which will likely limit Chinese investment in Hollywood.

The political tension between both countries is another factor.

China is expelling journalists from The Washington Post, New York Times and The Wall Street Journal. The announcement came after the White House, earlier in March, limited the number of Chinese citizens who can work in the United States for five state-run Chinese news organizations.

In the midst of growing political animosity and economic impact caused by the closing of theaters, some studios in both countries are looking at streaming as an alternative to salvage their financial losses.

China's Huanxi Media has made its tent-pole movie "Lost in Russia' online for free.

Universal is also making movies that are currently supposed to be in theaters such as "Invisible Man" available for rent on streaming services.

However, after a long period of closed theaters and fears of getting sick may alter consumer behavior.

"Will people actually go back to movie theaters? We've already seen an overall softening of movie theater attendance because there are so many in-home entertainment options." Kokas continued, "my sense is that we may be seeing an overarching shift in certain consumer behaviors."

"I've looked at surveys posted on the Chinese Internet. Some large-scale surveys of thousands of people from 70 different cities and over 50% say they're reluctant to go back to the theaters. People in the survey have said that "I'm very happy to be at home just to stream things." It's a wake-up call, and I think it will accelerate the importance of streaming," Rosen said.

What this means to the bottom line of film industries in China and the U.S. will depend on how long life is put to a screeching halt.

With a backlog of films put on hold in China, even when Chinese theaters open again across the country, Hollywood would have a tough time trying to enter the market.

"Hollywood is going to have a tough time competing particularly in this U.S. China relationship situation where China is going to want to promote their own films and not promote Hollywood films. That's another thing that's really hurt Hollywood," said Rosen.