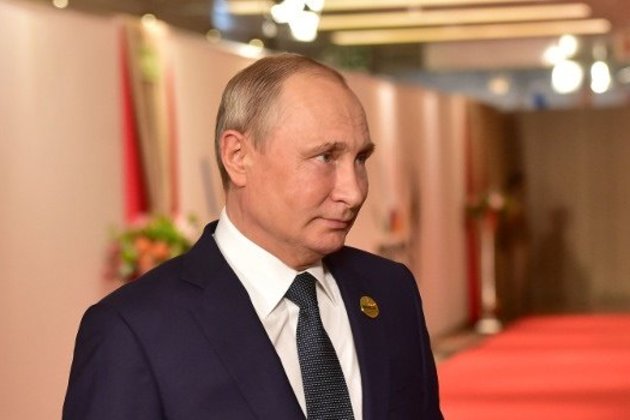 Russian president Vladimir Putin has postponed a planned public vote on constitutional changes next month that would allow him to rule to 2036 as the country attempts to stem the spread of the coronavirus.

"We must understand that Russia simply due to its geographical position, cannot isolate itself from the threat," Putin said in a televised address Wednesday. "The absolute priority for us is the health, well-being and safety of the people. Therefore, I believe that the vote should be postponed to a later date."

He announced next week would be non-working in a bid to reduce contagion, though said workers would still be paid and transport and other essential services will continue to function. "The safest thing right now is to stay home," he said.

Putin also announced a raft of benefits for individuals and companies aimed at easing the economic impact, as well as increased taxes for companies moving profits offshore and the wealthy.

The extra week off fell short of the sweeping lock-down that some medical professionals have called for in the capital. Though Russia's totals remain well below those in some big European countries, it reported coronavirus cases jumped by a third over the past day to 658. Moscow Mayor Sergei Sobyanin told Putin Tuesday that the official numbers don't reflect the "full picture" given a lack of testing.

Authorities have closed the borders to foreigners and restricted international flights, shut schools, closed some public venues and confined elderly people to their homes in Moscow. While the government so far has ruled out a lock-down in the capital, state news service RIA Novosti reported Sunday that the government is leaning toward imposing stricter quarantine measures, citing an unidentified official.

Putin Wednesday ordered the military to conduct checks of its readiness to help with virus-containment efforts, the Defense Ministry said.

Russia's economy could slide into recession this year as it's set to suffer a double shock from the fallout from coronavirus and Putin's break with the OPEC oil cartel over efforts to control output, which has sent crude prices into a tailspin.

The ruble held losses during Putin's speech, trading down 1% today at 79.0325, extending the drop this year to nearly 22%.

Putin, 67, has rushed through the amendments to the constitution and promised Russians the final say, but the vote scheduled for April 22 will now be held at a date to be determined later.

"The majority of people don't care about the vote," said Yekaterina Schulmann, a political analyst. "This was a supportive speech without any new repressive innovations."

Russian consumers have been buying up supplies like buckwheat and canned meat amid growing alarm about the spread of coronavirus, spurring the highest weekly price growth since early January.