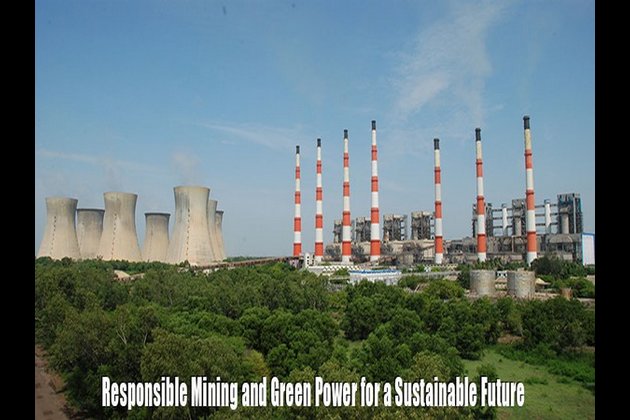 Bhubaneswar (Odisha) [India], Dec 13 (ANI): The Central government promoted 'Navratna' -- NLC India Limited, which is planning to invest more than Rs 17,000 crore in its integrated coal-fired power projects, has embarked upon aggressive programs of afforestation to cultivate close to 26 lakh trees in Odisha.

The move is aimed at enhancing forest cover, increasing carbon capture and improving biodiversity inside and outside of mining area, said an NLC India official on Friday.

NLC India is working closely with the Forest Department of Odisha to make it a model mine by cultivating more trees than the mandated under relevant policies, added the official.

He informed that the company has already deposited Rs 134.36 crore in ODISHA CAMPA Account, which covers compensatory afforestation and its maintenance for 10 years, catchment area treatment, wildlife management plans and gap plantation, etc.

"The per capita electricity consumption in India is estimated at around 1,100 units a year, which is much lower than the comparable nations, he said.

"Our drive to plant and protect 25,86,700 trees inside and outside the mining lease area of Talabira II and III is higher than what is prescribed by the relevant regulations for protecting and nurturing the environment," said the official.

He added that local plants such as Jamu, Sirisa, Barakoli, Ambada, Bahada, Harida, Mango, Jack fruits, Bamboo, Pahadi Sisu will be cultivated to develop vibrancy in the ecology.

NLC India will produce 20 million tonnes of coal per annum from Talabira II and III coal blocks to fuel its 4,200 MW of thermal power projects. This will attract thousands of direct and indirect job opportunities and the recruitments are already on, the company official said.

NLC India will also undertake compensatory afforestation Forest Department of Odisha to plant 13,27,702 saplings in 2089 hectare in Sambalpur, Sonepur and Bolangir districts. Also, it will plant nearly 12,41,000 trees inside the mining lease area. Additionally, 18,400 saplings will be planted in the safety zone area and the outer periphery of the mine.

Recently, NLC India announced the exemplary compensation for the project affected families with higher land prices, concrete houses in townships with supporting modern infrastructure, besides monthly disbursements in lieu of employment for the youth to enable them to pursue vocations or professions of their choices.

Also, the company promised to support local communities through institutional support for capacity building. As a gesture of gratitude towards the iconic freedom fighter Veer Surendra Sai, the company will develop his birthplace as a tourist destination at Khinda involving Odisha Tourism Department, Sambalpur, said the official. (ANI)