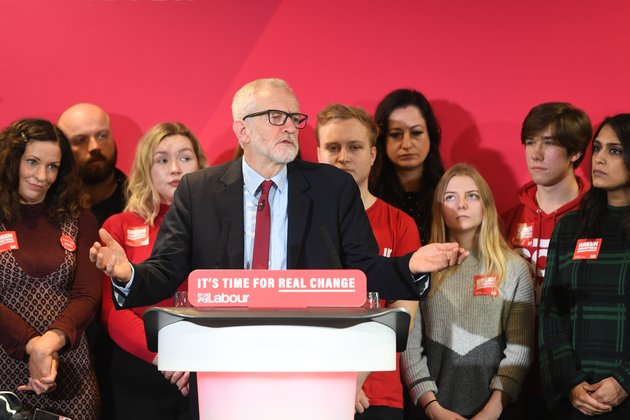 The Labour manifesto caused a furore of discussion about the merits of public ownership and the potential of state control to deliver better and cheaper services to a population fatigued by years of austerity. Beyond the economics of re-nationalisation, however, there is the significant issue of the legality of government intervention in privately-run businesses.

Labour promises to bring rail, mail, water and energy into public ownership, to secure control over nationally strategic infrastructure and provide collective stewardship for key natural resources. It plans to achieve this by nationalising the supply arms of the Big Six energy companies. And it plans to allow councils to take public ownership of bus networks and bring the railways back under state control.

In addition, it pledges to nationalise Royal Mail and create a publicly-owned Post Bank, as well as provide free internet by nationalising parts of BT. To top it all, large companies will be required to set up Inclusive Ownership Funds (IOFs) where up to 10% of their shares will be transferred to employees, with dividend payments distributed equally among all.

It is not clear at this stage how a future Corbyn-led government would acquire all these assets. The manifesto gives the impression that the consent of current owners and investors will not be required. What is clear, however, is that if investors in these private companies suffer losses from this, they are likely to perceive it as an expropriation of their property rights. As a result, they will be on the phone to their lawyers to enquire about legal protections.

Assuming that all this is happening while the UK is still part of the EU, their lawyers will likely start by looking to the EU's Charter of Fundamental Rights, which protects the right to property. Article 17 specifies that no one may be deprived of his or her possessions, except in the public interest and in cases - and under the conditions - provided for by law, subject to fair compensation being paid in good time for their loss. This is consistent with the Human Rights Act.

But would a "less free market" set of economic policies be necessarily interpreted as property violations? Defining expropriation depends a lot on what has been historically defined as property. For example, market access (something that a lot of businesses would lose in Labour's nationalisation plans) was held by international courts not to amount to property. Vested contractual rights, on the other hand, have been regarded as property which is capable of being expropriated.

The general principles that will be applied when determining whether or not there has been a property violation are set out in a 1986 British human rights case. Here four British citizens sued the UK government over the compulsory transfer of their property under the Leasehold Reform Act of 1967, arguing that this constituted a violation of their property rights.

This case shows that the first key issue to consider is whether nationalisation is in the "public interest". If it is (as it was in the 1986 case), nationalisation will be respected. The second issue is whether the losses caused by nationalisation are deemed proportional to its aims. Nationalisation must strike a "fair" balance between the general interests of the community and protecting the rights of those individuals that will lose out from it. Crucially, this means that taking property without paying for its market value would break the law. So the key issue is compensation.

Any dispute between an investor and the host government is not just a matter for domestic courts. When the investor is foreign, it could lead to an international investment tribunal. These are the same tribunals that Greece and Argentina have faced, battling claims for compensation by investors who lost because of debt defaults in those countries.

Things could become more complicated for the UK if Brexit does take place. As I've found in my research, investors could sue the government for compensation for the disruption caused by Brexit. If those protesting expropriations join them, this could cause the government a real headache. Investor rights stem from international agreements known as Bilateral Investment Treaties, which offer protections to foreign nationals and corporations, especially in cases such as expropriations and nationalisations.

These protections include the fair and equitable treatment of businesses investing in the UK, freedom from discrimination, full protection and security. Crucially, the treaties guarantee that foreign investors are treated the same as UK nationals and often result in compensation - it's mostly a question of how much.

How much will it all cost?

International investment agreements, in principle, require prompt, adequate and effective compensation equal to the fair market value of the lost investment. It is notable that international tribunals make limited reference to the public interest, to regulatory autonomy or to host state sovereignty when calculating compensation.

The result is that a nationalisation measure could be legal, but still require the payment of compensation to be compliant with human rights and international rules. Fair market value is the usual standard employed and allows the investor to receive appropriate compensation, while respecting state policy autonomy.

This could become very expensive for the UK. To take just one aspect of Labour pledges as an example, the FTSE has a total market capitalisation of Pound 2 trillion. So setting up Inclusive Ownership Funds that transfer 10% of shares to employees would cost Pound 200 billion. And that's just one part of the manifesto plans.

Click here to subscribe to our newsletter if you believe this election should be all about the facts.