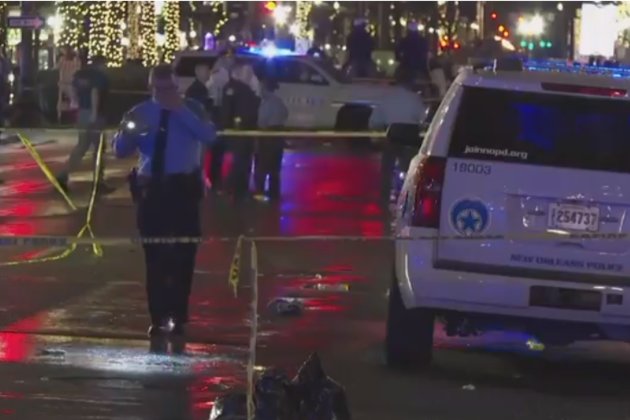 Ten people were wounded in a shooting early on Sunday in New Orleans' French Quarter, a popular tourist hub, US police said, adding that two of the victims were in critical condition.

The shooting took place at 09:21 on a crowded commercial street near many hotels in a historic district that attracts visitors from around the world.

Police reported earlier that 11 people had been wounded but subsequently corrected the number.

There have been no arrests, and the motive behind the shooting remained unclear, but police said they had questioned one individual near the crime scene and were continuing their investigation.

The police said they responded quickly to the incident as extra patrols were on duty for an annual Thanksgiving weekend football game.

The rivalry between Louisiana universities Grambling State and Southern University annually brings tens of thousands of visitors to the city.

"We had officers on that very block that thought they were being fired upon," police superintendent Shaun Ferguson told reporters.

"Unfortunately, there were so many people out here, we were unable to determine who was actually firing shots at the time. We do not know how it started."

New Orleans Mayor LaToya Cantrell tweeted that "the shootings on Canal Street early this morning were an ugly disruption of an otherwise beautiful holiday weekend".

Mass shootings have become a grim feature of life in the US, where the Second Amendment of the Constitution guarantees a "right of the people to keep and bear arms" and where gun violence claims nearly 40 000 lives every year.