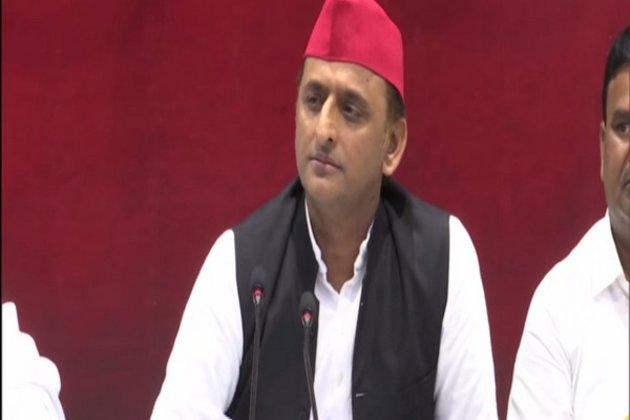 Lucknow (Uttar Pradesh) [India], Oct 8 (ANI): Samajwadi Party on Tuesday attacked the state government demanding a High Court judge monitored investigation in the death of Pushpendra Yadav who was killed in a police encounter on Sunday.

"After the funeral of Pushpendra Yadav, the BJP government has proved that it can go to any extent to save the accused murderers! Samajwadi Party demands that a case of 302 be registered against the accused SO. His CDR should be examined by the honourable sitting judge of the High Court," the party tweeted.

Both the Samajwadi Party and Pragatisheel Samajwadi Party (Lohia) have questioned the police action against Yadav and have been demanding an investigation in the encounter.

A seven-member delegation of Pragatisheel Samajwadi Party (Lohia) is also slated to meet the family members of Yadav who, according to an official statement of the party.

Yadav was shot dead in an encounter on Sunday. He was accused of undertaking illegal sand mining in the area, according to the police.

A statement from PSP (L) said: "Pragatisheel Samajwadi Party (Lohia)'s seven-member delegation will visit Gursarai village of Jhansi on October 8 to meet the family of Puspendra Yadav who was killed by the police in a fake encounter." (ANI)