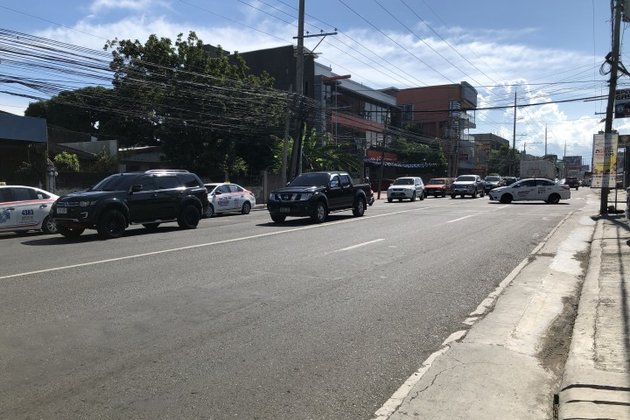 Only eleven individuals showed up during the transport strike Monday (Sept. 30).

He said the people are also aware that the government now attends to every concern that affects the public like peace and order and lack of transportation.

Baria said the people are also aware that they are well represented in Congress where laws that affect their lives are crafted.

"Justice is working well in this government," he said.

Baria cited that even in the police organization, they tend to be transparent in addressing abuse in authority or nonperformance of duty.

Captain Jerry Lamosao, spokesperson of the 10th Infantry Division said march rallies on women's issues, oil price hike and transport strike become less popular to the people primarily due to the information that these groups have connections to the communist movement.

He said the people now understand that mass actions are designed merely to disrupt the flow of people and their way of life.

"We believe, the people nowadays are more informed that is why they no longer join in mass actions," Lamosao pointed out.

He said people already know the real intent of these groups which are supposed to go directly to the concerned agencies where they can air their grievances.

Lamosao said the people could no longer afford to waste time to the concerns aired by transport groups since government is willing to listen to them. (PIA XI-Joey Sem G. Dalumpines)