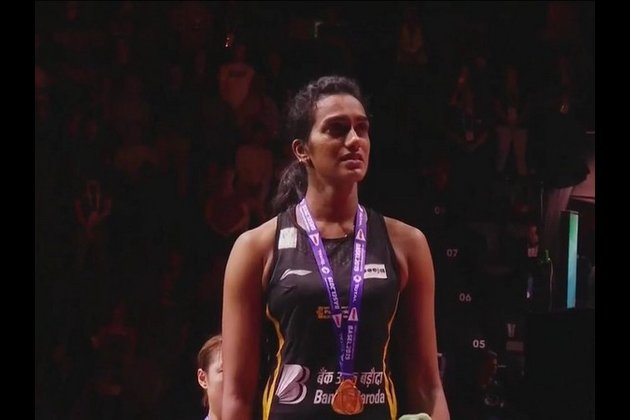 Bollywood fraternity extended their wishes and congratulated the badminton star for becoming the first Indian to win the title on Sunday.

"Congratulations @Pvsindhu1 for winning the Gold at the BWF World Championships... Making us proud as a nation with your exceptional talent. Keep creating history!"Ace filmmaker Karan Johar congratulated Sindhu on her win.

"What a proud moment for India. Congratulations @Pvsindhu1on this amazing achievement of becoming the first Indian ever to win a gold at the BWFWorldChampionship! WhoRunTheWorld"Calling her win a terrific performance, Anushka Sharma wrote: "First Indian to win gold at the BWFWorldChampionships2019... @Pvsindhu1 what a terrific performance! Congratulations.. you go girl "Versatile actor Tapsee Pannu took to Twitter to laud Sindhu's game.