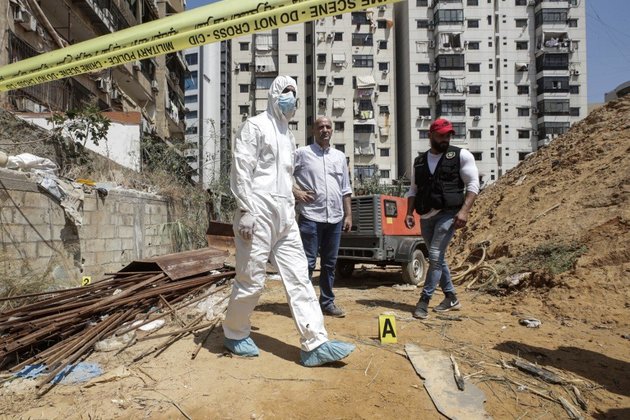 Lebanese Shiite group Hezbollah on Sunday said one of two drones that came down over its Beirut stronghold was rigged with explosives and caused damage to its media centre.

"The first drone fell without causing damage while the second one was laden with explosives and exploded causing huge damage to the media centre," Hezbollah spokesman Mohamed Afif said.

The early morning incident came hours after Israel launched air strikes in neighbouring Syria, but Hezbollah officials could not confirm if the drones deployed in Lebanon were Israeli.

"Hezbollah did not shoot down any drone," Afif said, in remarks carried by Lebanon's National News Agency.

"The first drone did not explode and it is now in the possession of Hezbollah which is analysing it," he added.

Another Hezbollah source told AFP the Iran-backed Shiite militant group -- a major political player in Lebanon with representatives in parliament and the government -- has not determined if the drones were Israeli.

Hezbollah head Hassan Nasrallah is due to give a speech later in the day at a pre-scheduled group event.

"Hezbollah will give a staunch response during (Nasrallah's) speech," Afif said.

Lebanon and Israel are technically still at war, and Beirut regularly accuses its neighbour of violating its airspace with planes and drones.

Hezbollah -- considered a terrorist organisation by Israel and the United States -- has fought several conflicts with the Jewish state.

In recent years those hostilities have spilled over into Syria, where Hezbollah -- like Israeli's arch-foe Iran -- is fighting on the side of the regime of Bashar al-Assad.

On Saturday night Israeli jets carried out strikes in Syria to prevent an Iranian force from launching an attack on the Jewish state with drones armed with explosives, Israel's army said.