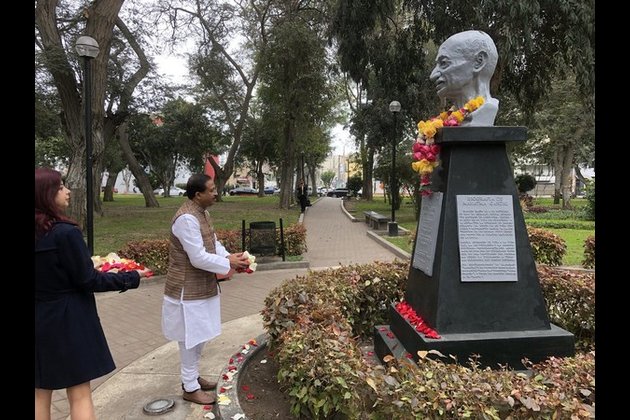 The MoS is currently on a three-nation visit to Latin America and Caribbean, which includes the countries of Peru, Dominican Republic and Argentina.

In Peru, Muraleedharan has already met with Ana Choquehuanca, who is the acting President of the Parliament. "She pledged strong support for India-Peru relations and increasing cooperation between our two parliaments," the MoS stated.

He also held a meeting with the Peruvian Foreign Minister Nestor Popolizio at the Torre Tagle Palace here.

Muraleedharan also interacted with the "small but vibrant" Indian community in Lima, where he spoke about Prime Minister Narendra Modi's vision of making India a USD five trillion economy, amongst other things. (ANI)