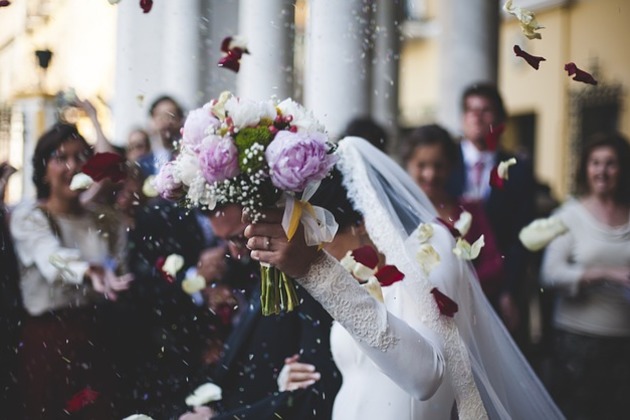 DUBLIN, Ireland - Ireland's professional DJs have revealed that there are quite a few songs that Irish couples would not like to hear on their wedding day.

A list compiled by a U.S. polling website FiveThirtyEight, to discover what songs are banned by couples at their wedding showed that some of the most popular, but cheesy wedding songs feature right at the top of the list.

The survey by the website saw opinions from more than two dozen DJs, who have spun records at close to 200 weddings, revealing the the most maligned tracks.

The annoying ‘Chicken Dance’ featured right at the top of the list with a 23.1 percent share overall.

According to New Jersey wedding DJ Gregg Hollmann, “Some songs are perceived as overplayed, cliche and perhaps cheesy. Wedding couples want to be unique. Line dances and songs with inappropriate lyrics are also, understandably, avoided.”

Hollmann added that some of these unspeakable songs that include dance instructions, sometimes have to be included if you want people to get on their feet.

Many of these popular wedding songs also populate the ‘must play’ list — because they are fun and work on dance floors.

'Shout' by The Isley Brothers shared the ninth position on the list along with 'Happy' by Pharrell Williams.

There were many other numbers that made up the top 20 including 'Love Shack' by The B-52's, 'We Are Family' by Sister Sledge, 'Celebration' by Kool & the Gang, 'Dancing Queen' by Abba and 'Don't Stop Believin' by Journey.

'Single Ladies' by Beyonce also surprising found a spot in the top 20.

According to the survey, some couples have even go as far as to ban the work of entire artists from their weddings and Backstreet Boys, Bruno Mars, Rick James and Rihanna feature on this list.